One family’s legacy of military service deepened with the recent commissioning of Anna Sapough of Dahlonega as a second lieutenant in the Georgia Army National Guard.

She’s among several individuals in her extended family to step up for military service and is the first female to be commissioned as an officer.

“Our legacy goes back pretty far,” she said, with grandfathers, uncles and other relatives saying ‘yes’ to military service.

As a 10-year-old watching the events of 9-11, Sapough said the attacks on her country inspired her drive to serve, with her family and friends believing she could reach her goal.

Despite overcoming significant physical obstacles, she celebrated her accomplishments during a commissioning ceremony held Aug. 23 at the University of North Georgia.

Both her father and her brother supported her in the quest to become an officer and were part of the Aug. 23 ceremony.

“My dad is one of the greatest role models; the man he is, always giving of himself,” she said.

Leading up to the moment of celebration were years of hard work, determination, and a single-minded focus.

Starting in the corps of cadets as a student at UNG, she recalled the anxiety associated with the future.

“My first day of FROG week I was nervous about so many things, and like anyone, I was afraid of even the thought of failure,” she said. “My wise father pointed out that the only thing worse than failure would be the regret of never knowing. It was on this day that he introduced me to the speech “The Man in the Arena” delivered in 1910 by Theodore Roosevelt at the Sorbonne in Paris. My favorite line in this speech is fittingly the last line, often serving as my last line in many of my defining moments along this journey – ’if you fail, at least fail while daring greatly, so that your place shall never be with those cold and timid souls who neither know victory nor defeat.’”
Those words fueled her to continue trying, despite an injury that sent her home from her first attempt to conquer Advanced Camp. She tried again after a year of intense training and determination, supported by husband Sumner Sapough.

Influence also came from the late Col. Ben Purcell from her hometown of Clarkesville. Purcell, the highest-ranking U.S. Army prisoner of war from Vietnam hired a young girl for a seasonal job on his Christmas tree farm.

“I heard stories and watched the documentary,” she said.

Purcell, a graduate of UNG, former professor of military science and commandant of cadets, encouraged Sapough as she was considering her options for college and military service.

“Sitting next to Col. Purcell, touching the sandals he had made [while a captive]…,” she said. After that December job, she applied to UNG in January.

“He inspired my start in leadership at the college,” she said.

Ultimately, she said, the injuries and subsequent healing journey were a blessing in disguise, leading her to a new career and a shift in her military plans.

Her current employer valued her skill set and the military style of training. Moving up from an entry-level position to office coordinator, she loves her career but still plans to serve through the Georgia Army National Guard.

Her husband, brother, father and former JROTC master sergeant brought a poignancy to the ceremony, each playing a role in the special occasion.
“In the army, we talk a lot about resiliency, tenacity,” said Cadman Kiker, III, during the ceremony that created another level of connectivity to his sibling. “This young woman – whom I am very proud to call my younger sister – embodies those things. She’s overcome overwhelming odds on multiple occasions to be standing here today. I can’t think of a single officer that I know or that I’ve seen come up that has more completely earned this.”
The newly commissioned second lieutenant, visibly emotional during her own remarks, made sure to credit her former master sergeant from Air Force JROTC from Habersham Central High School. Sapough is a 2010 graduate of HCHS.

“To MSGT Wallace, thank you for teaching me and helping me to grow through JROTC,” Sapough said. “I’m a leader today because of your guidance and leadership.”
Retired MSGT Rob Wallace delivered the first salute to his former cadet.
“It’s about time,” Wallace said.

Sapough served in the GSDF from 2012-15, receiving the Class Leadership Award for IET, Georgia National Guard Commendation Medal; Georgia National Guard Humanitarian Medal; Georgia State Active Duty Ribbon,  before being honorably discharged at the rank of specialist. She has a bachelor of science degree in political science with a minor in leadership from the University of North Georgia where she was a member of the Pi Sigma Alpha (Political Science Honor Society), Phi Theta Kappa (Academic Honor Society), Member of Alpha Phi Omega community service fraternity.

While in the corps of cadets at the University of North Georgia, she received the Delta Company Sword and Shield and held leadership roles of team leader and squad leader in Delta Company and served as a platoon leader and an executive officer in Echo Company.
She was the recipient of the Ginn Group, Inc. Cadet Scholarship, the Bradley Walsh ROTC Scholarship.

For the past five years, she’s portrayed “Elsa” for children’s birthday parties, charities and cancer fundraisers, as well as home and hospital visits for sick children.

Cadman R. Kiker, Jr., a major with the Georgia State Defense Force presents a K Bar to his daughter Anna Sapough as she is commissioned as a second lieutenant at the University of North Georgia in Dahlonega on Aug. 23. According to Kiker, the K Bar was originally the fighting knife adopted by the Marines in 1942.  It was known as the Marine Fighting and Utility knife. Though never officially adopted by the other services, it was unofficially reactivated for every subsequent conflict including Korea, Vietnam, Desert Storm and Iraqi Freedom conflicts. Soldiers will often supplement their “kit” with individual equipment. The K Bar has a long and storied tradition with America’s fighting forces. Kiker made a similar presentation during the commissioning ceremony of his son Cadman R. Kiker, III, a captain in the U.S. Army Judge Advocate General Corps at Ft. Hood, Texas. 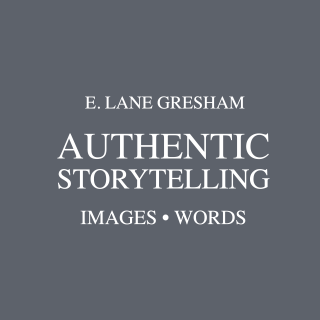